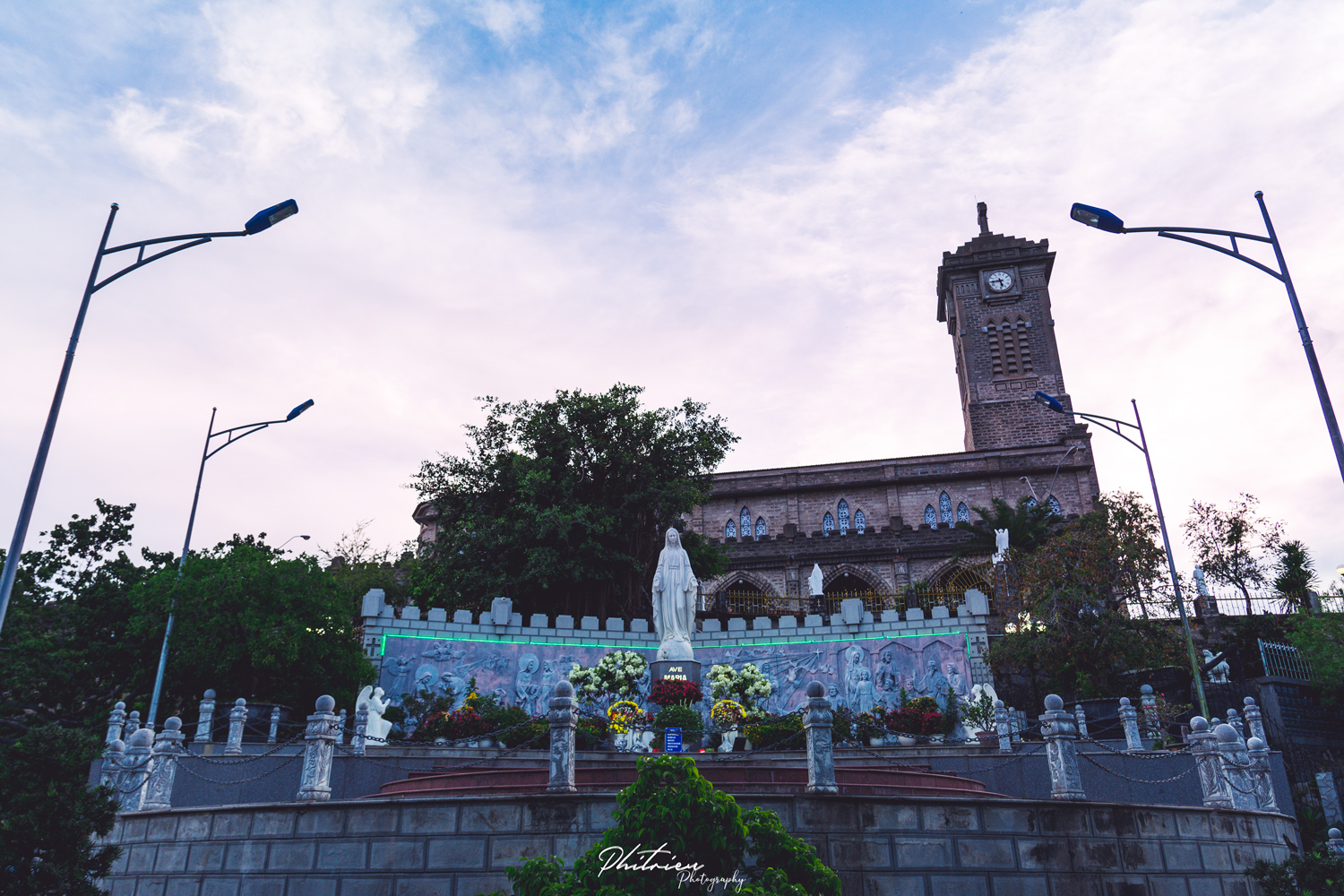 The parish was founded in 1886 by French missionaries. The present church was built in Gothic Revival style in 1928 as a parish, depending on the Apostolic Vicariate of Quihnon. It was consecrated on Easter 1930 under the title of “Christ the King”. Then she was attended by a famous French priest in the Foreign Missions of Paris, Louis Vallet (1869-1945), who is buried next and devoted his life to his parishioners.

When the apostolic vicariate was erected in 1957 and the diocese created in 1960, with Monsignor Paquet, from the Foreign Missions, as first bishop, the church was chosen as the cathedral.
(Wikipedia)